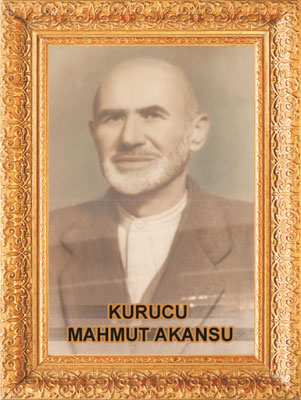 “THE BEGINNING OF A LIFE”

Kayseri is a place of entrepreneurs  in both social and commercial scale. It has preserved this characteristics all through the history.

Kayseri is the first capital city for muslim Turks in Anatolia. That is why it has always been both historical and commercial city.

It is not surprising that the historical silk road is on the way to Kayseri. It was named ‘The door of conquest’ because of the military forces which contains many scholars.

Kayseri has become one of the nine big cities. Its  urban and industrial development has been closely followed  not only in Turkey but also in the other world countries.

The Akansu family has had a deep impact on this city. They are both deeply-rooted and  have become a corporation family with their nearly a hundred-year struggle in trade and technology. Their becoming an authority in this sector is mostly thanks to Yılmaz Akansu.

All the successful men has a cultural and family  background from which they gain their abilities. Yılmaz Akansu’s talents and power is a heritage from his father  Mahmut Efendi, mostly called as uncle Mahmut by the grand bazaar artisans.

Knowing Uncle Mahmut means knowing Yılmaz Akansu and discovering the secret of his success in industry and trade. Who is Uncle Mahmut? 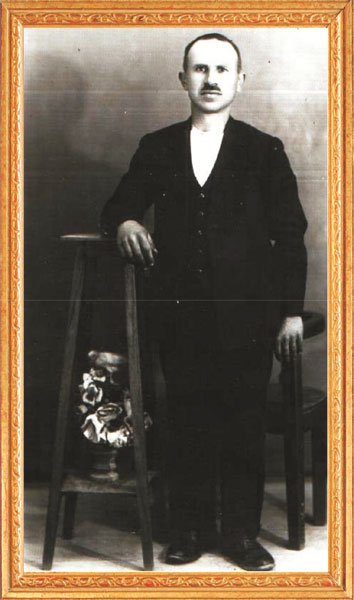 “THE FOUNDATIONS ARE BEING TAKEN AKANSU ”

After finishing the neighborhood school, Uncle Mahmut first graduated from Ahmet Pasha secondary school and then Kayseri high school. He learnt advanced  Arabic, Persian and French. Then in those years he got married with Zümrüt Hanım, who was the daughter of Abdullah Efendi and grandchild of sergeant Halis from Şap family in Lale neighborhood.  They got four children; Solmaz, Müride, Yılmaz and Sönmez.

When he was 10 or 15, he started trading in the grand bazaar by using his mother Ayşe Hanım’s  dowry, which is 10 or 15 liras. While working in his shop, he also started to help his neighbor, glass-seller Agop.  After a while Agop wanted to move his business to İstanbul and he wanted to pay for Mahmut’s favors for him.

While moving to İstanbul, Agop made an offer   which  Uncle Mahmut never expected:

‘Come! We are going to İstanbul. I want to give you my shop and all the glass in it because you are a hardworking  child of an honest family.’ He said. Uncle Mahmut was surprised by this offer and said: ‘But my capital isn’t enough for it’ But Agop insisted: ‘Do not be reluctant! You are a noble family in Kayseri. You will work and pay it back” Uncle Mahmut accepted this offer happily. In a short time he worked hard and he paid the dept  back with the money he got from his fields.

Those years was the time of war and there was a severe economic recession in our country. Uncle Mahmut worked in glass-selling and trading. He also started to make mouse traps.  When he was in high school, he learnt to play shepherd’s pipe. He used his talent in business and he made shepherd’s pipes and sell them in big numbers as a third business.

At the time of the declaration of our republic, he went to Ankara for his military service. That time he had to close his shop. Because he had higher education, he was sent to İstanbul to buy spoons and forks for the army. At that time he discovered that the artisans in İstanbul made an agreement in French ‘not to make any discount’. Uncle Mahmut, who was an advanced French speaker, used this information and bought the commodities at a very cheap cost and went back to Ankara.

In 1925 he was discharged from the army and went back to Kayseri. He started his ex-business again. He said: ‘Never give up hearing your conscience.’ all through his life. At that time Arif, Hayri Molu, Mehmet Karamancı and Hancı İsmail Ağa  etc were  among his closest friends.

Uncle Mahmut, who said “Our craft is glass, our business is to make money.” got the glass from the old Armenian houses. But his main successful attempt in business world was when he bought the glass  which was remained after the constraction of Sümer cloth factory. With Yılmaz who started working with him at a young age, he improved his work and became an authority in the glass trade in Kayseri.

A hundred-year of work in glass industry was started in that way. 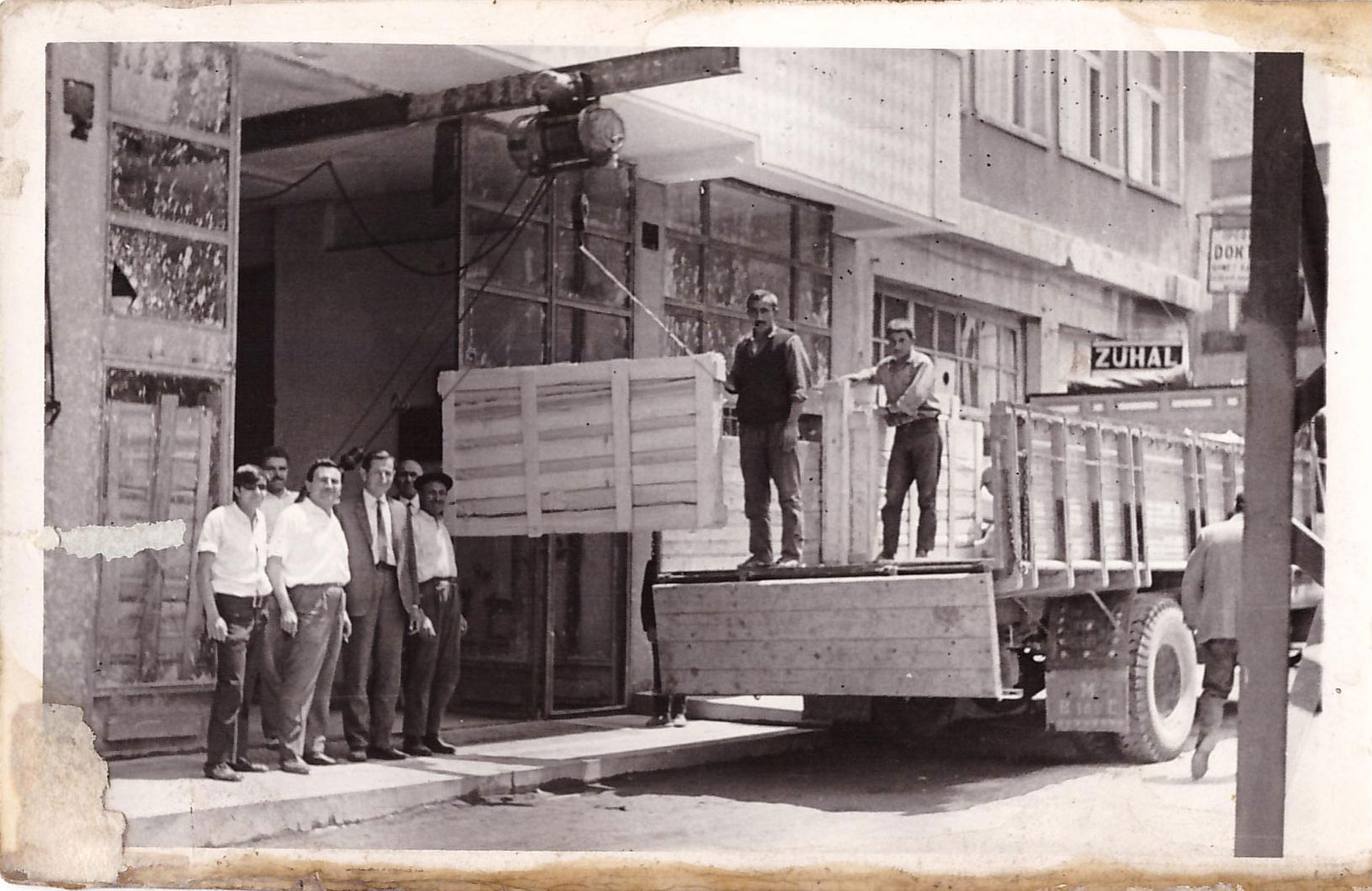 A scene from the first Akansu Glass Firm 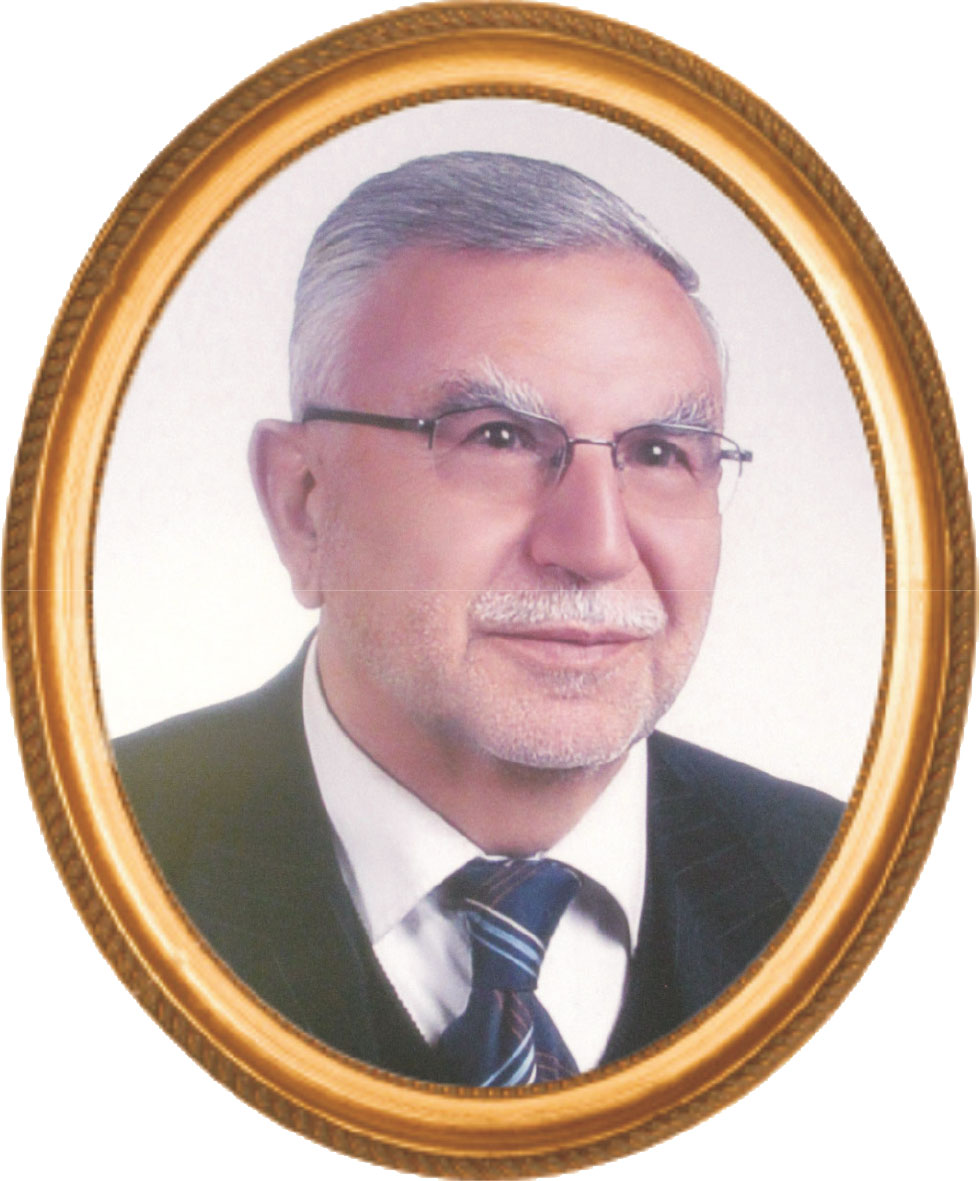 Years were passing. Uncle Mahmut was thinking about his son Akansu whom he had been working with since 1947. He left his firm to his son via the notary with the name of “Mahmutoğlu Yılmaz Akansu”. 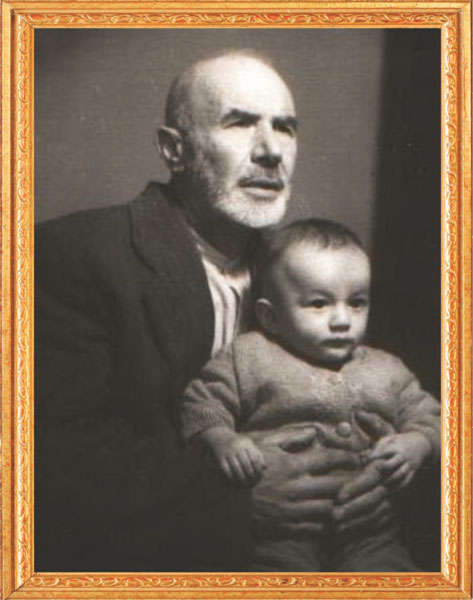 There is a statement among the artisans in Kayseri; ‘Having a blind hand’, which means having no money.  Grand bazaar’s  Uncle Mahmut, who never had a blind hand, passed away at a relatively young age in 1967 and left his business to his son Akansu. 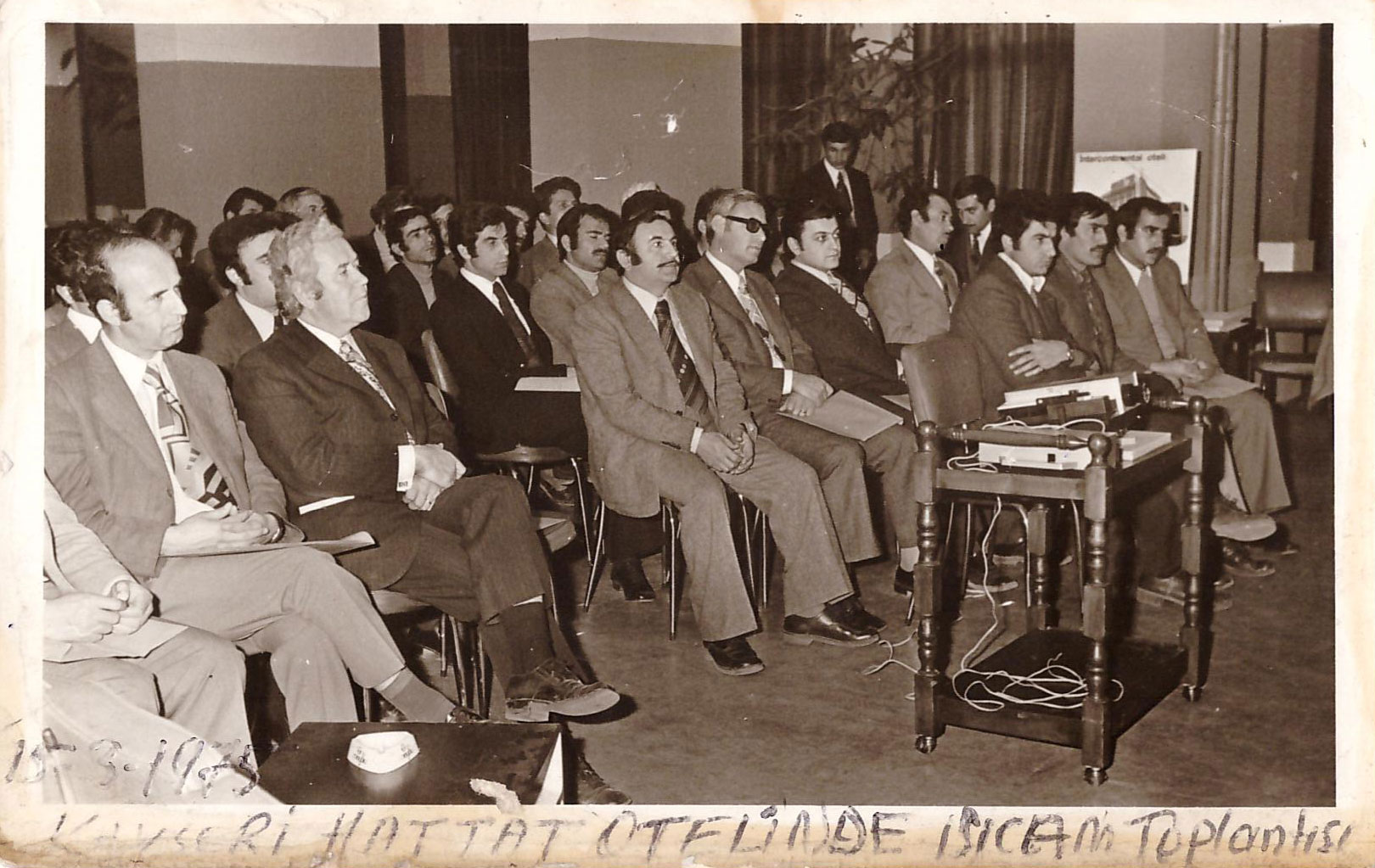 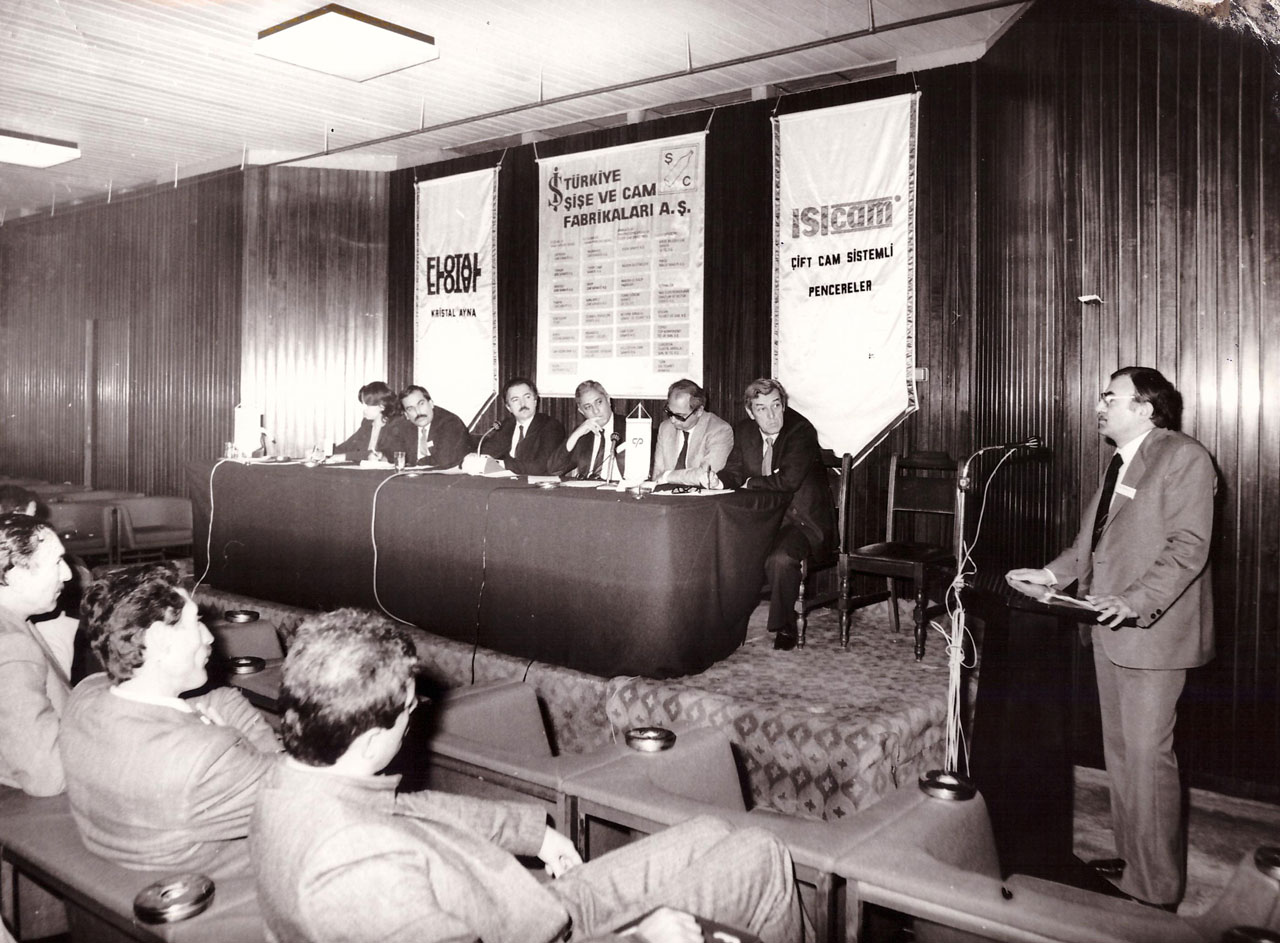 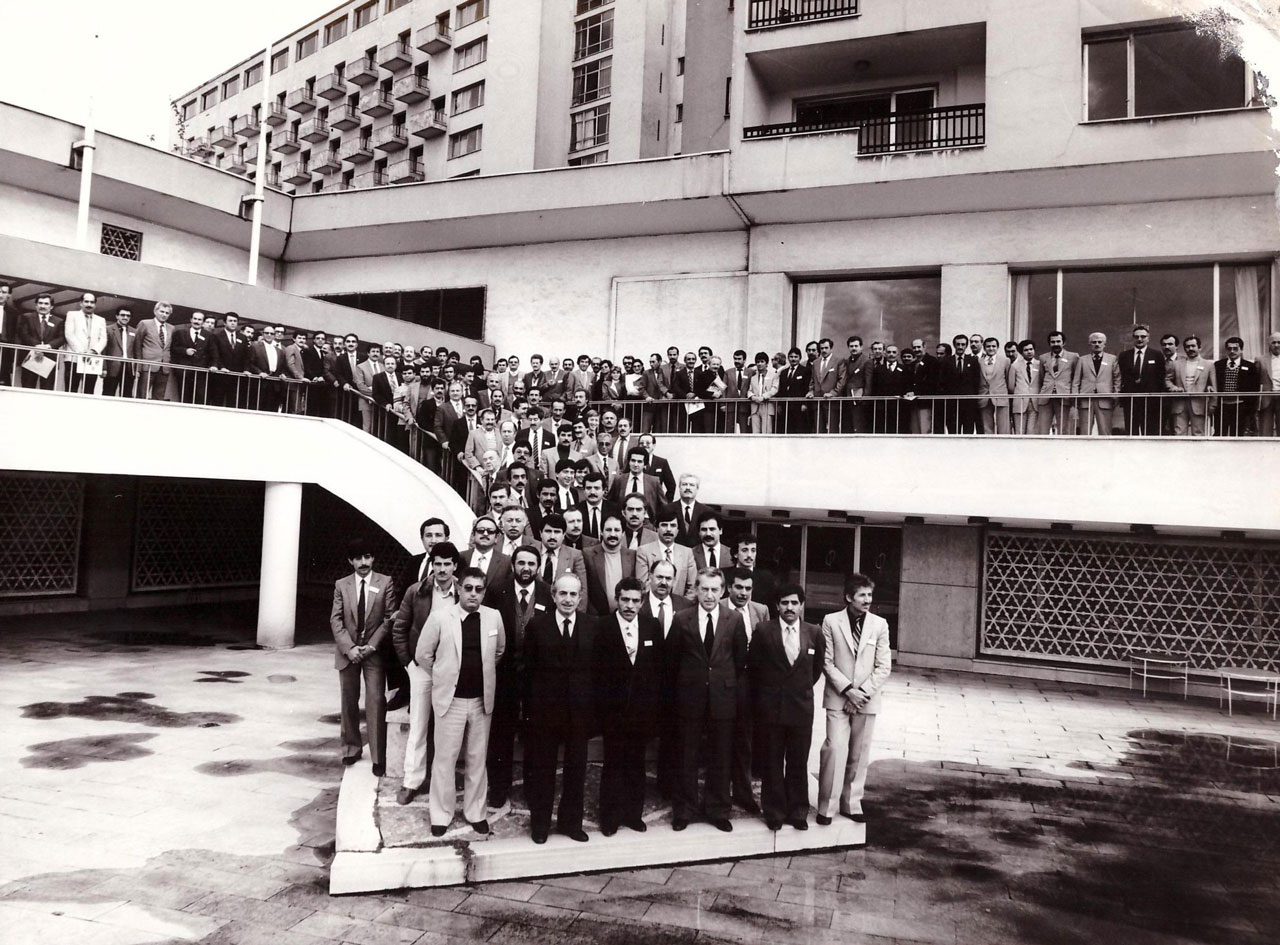 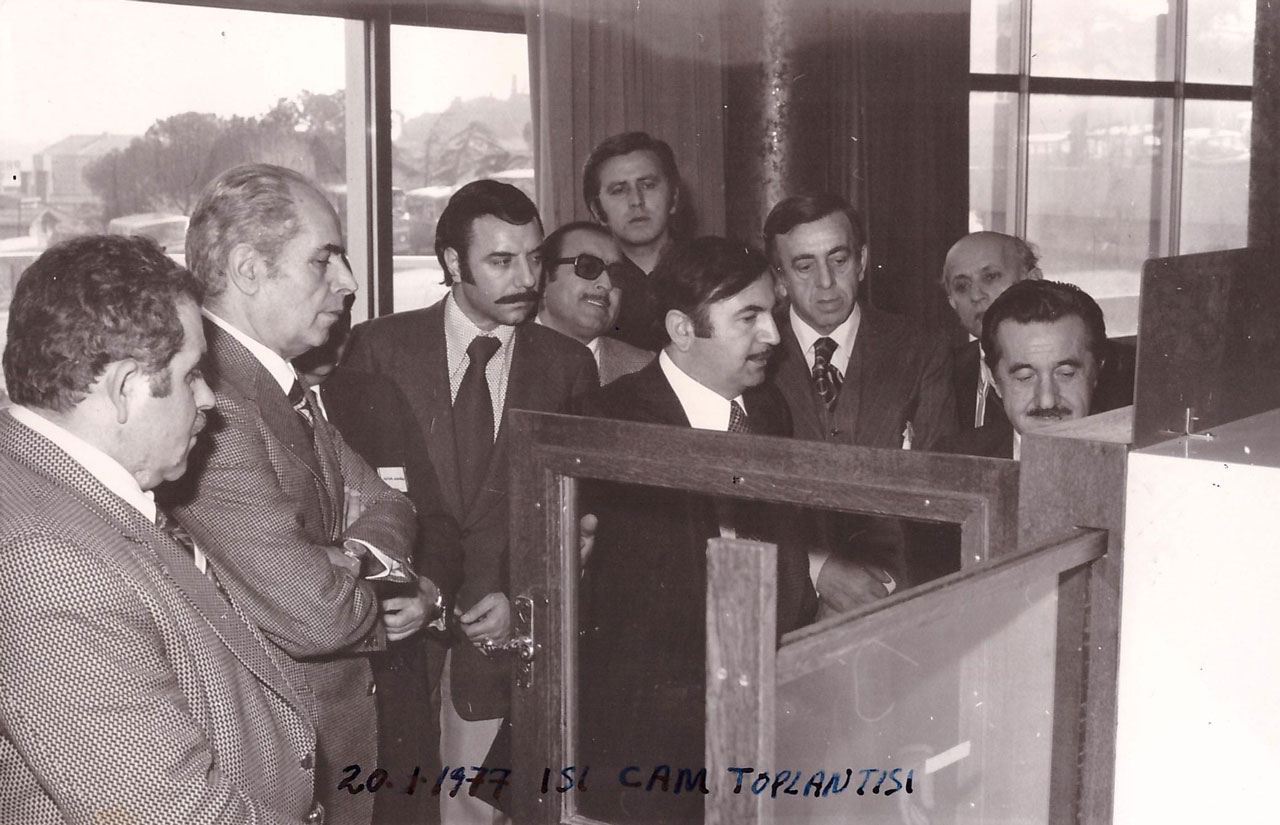 Akansu was presenting ısıcam to the leading businessmen in Turkey 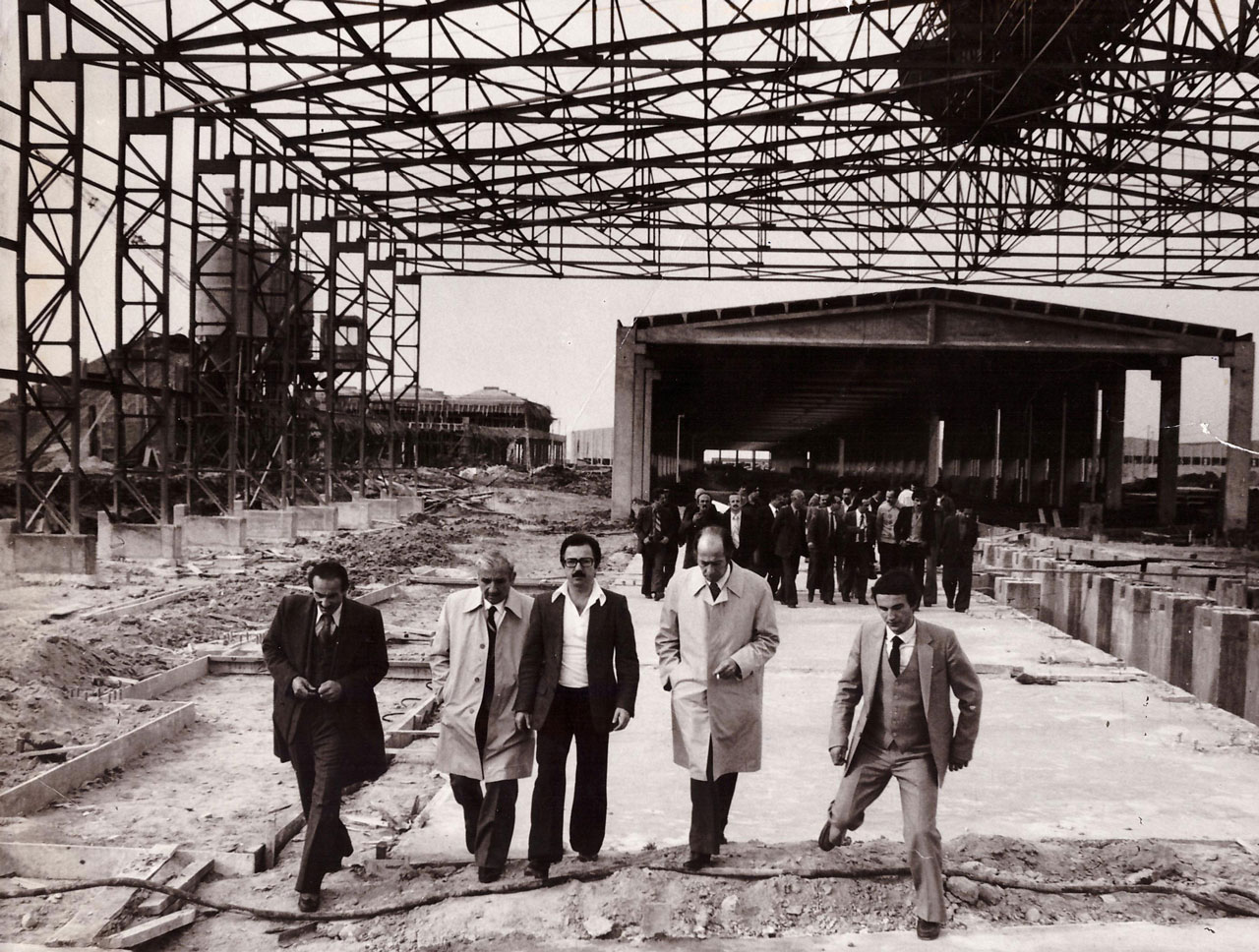 Our PVC Window and Door Systems factory started manufactoring in 1995 by the leading of Mahmut AKANSU, who is from the third generation in our family. With its 14 extruder lines, our factory has the capacity to process 200 tone a day. All our machines are of European origin. 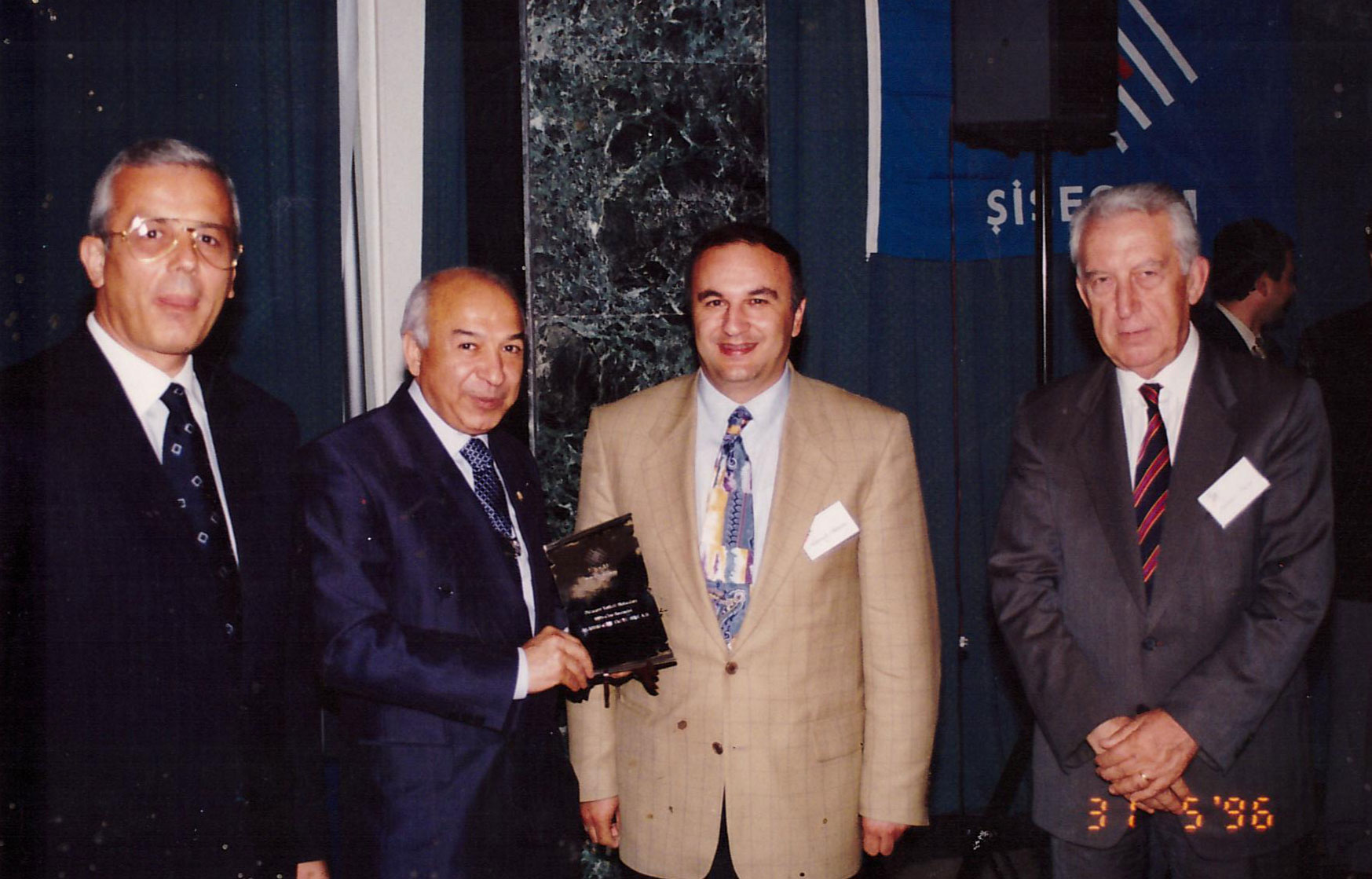 Plastic pipe factory was founded in 2007 by Yılmaz Akansu, who is from the fourth generation of our family. Our productions are being sold in Turkey and eleven countries worldwide. Our  firm is in service with three factories. It has 160.000 m2 field, 75.000 of which is indoors. In our pipe factory, PE clean water pipes, PE natural gas pipes, PVC clean water pipes and sprinkler pipes are produced. In HDPE pipes, we can manufacture until 1000  mm diameters.

Our firm which is in Kayseri freezone and which has 50.000m2 field 12.000 m2 of which is indoors manufactures our export products and also doing import-export business

Pilsu, which is a new pipe factory started its service in 2015. It is in Kayseri Organized Industrial Zone and it got the title ‘integrated pipe plant’. It has 75.000 m2 field, 25.000 of which is indoors. It started production with 2015 modal latest-technology European machines.